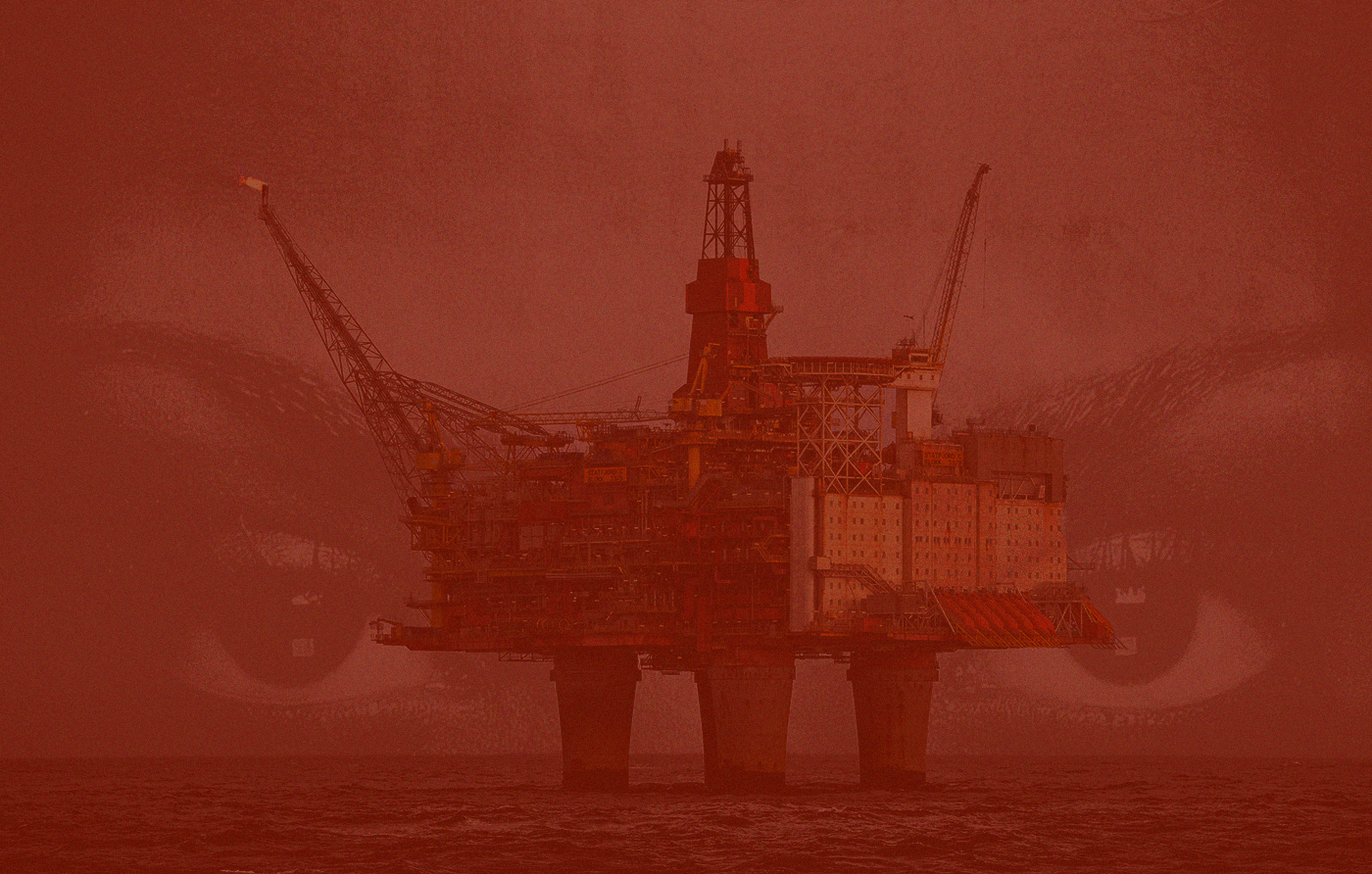 353,103 people have taken action to call for a European ban of fossil fuel advertising and sponsorships!

This is only the beginning. This ban on fossil fuel propaganda will happen, the only question is when.

STAY TUNED - SOMETHING BIG IS COMING AND WE WILL NEED YOUR SUPPORT MORE THAN EVER...

Thank you to every single one of you for joining the movement and signing the European Citizens' Initiative to #BanFossilAds. The petition is now closed. Stay tuned for the next chapter in our fight for a fossil advertising and sponsorships ban.

Why is this ban important?

We are in a climate crisis that is leading to a global human rights crisis of unprecedented proportions. Many communities on the front line of the climate crisis, particularly those in Africa, Asia and Latin America, are already facing the devastating consequences of more frequent and intense droughts, floods, cyclones and rising sea levels, which have also now reached Europe. For the very first time, the latest Intergovernmental Panel on Climate Change (IPCC) report stated that corporations have attempted to derail climate mitigation by targeted lobbying, doubt-inducing media strategies and through corporate advertising and brand building to deflect corporate responsibility to individuals. This climate science report also recommends regulating corporate advertising. According to the Climate Accountability Institute, companies like Total Energies and Royal Dutch Shell, who are among the top 20 most carbon polluting fossil fuel companies in the world, continue to promote their dangerous businesses via advertisements and sponsorships.

Fossil advertisements can encourage an increase in emissions

Advertisements for fossil products, such as transport using fossil fuels, intentionally boost sales for fossil fuel products which increase greenhouse gas emissions. A case study into a single Audi advertising campaign found there was an uplift of sales driven by the advertising of up to 132,700 cars. When multiplied by the carbon footprint per item sold, this reveals an overall increase of greenhouse gas emissions of 5,175,300 tonnes of carbon dioxide (CO2) equivalent due to this advertising campaign alone. We need this to stop.

Fossil fuel companies use advertising and sponsorship to promote false solutions to the climate crisis such as fossil gas, fossil hydrogen, bioenergy and carbon capture and storage (CCS). An Influence Map investigation found that fossil fuel companies paid Facebook more than $9.5 million for adverts promoting gas as a 'green' fuel, and claiming climate benefits of fossil gas. False solutions such as these are a dangerous distraction from the real solutions we need, such as renewable energy, and we need to stop fossil fuel companies deceiving and distracting the public and politicians by promoting them.

Fossil fuel companies may use their sponsorship to gain political access and social legitimacy.

In the UK, this Unearthed investigation found that BP used their sponsorship deal with the British Museum and a specific 'Day of the Dead' exhibition to further their oil plans in Mexico and Australia. This runs counter to the claim by previous BP CEO Bob Dudley, that they support the arts "with no strings attached."

Fossil fuel, car, airline and maritime companies often mislead the public by presenting themselves as climate-friendly

Many fossil fuel companies emphasise climate-friendly products in their advertisements, which misrepresents their actual level of investment into renewable or green technologies. Last year, ClientEarth successfully challenged BP's renewable energy advertisement, arguing that 96% of the company’s spend was on oil and gas. These advertisements manipulate the public into thinking that high-carbon companies are green, when many are heavily reliant on fossil fuels or, for example, still applying to drill for more new oil in the Arctic . These climate-wrecking companies should not have a public platform when they are knowingly driving us deeper into climate disaster.

Many fossil fuel companies have announced vague and distant “net zero by 2050” climate targets, which may sound ambitious but involve little real change . Instead of stopping the extraction and burning of fossil fuels, fossil fuel companies’ “net zero by 2050” targets are based on plans to purchase huge amounts of carbon credits to offset their emissions. Carbon offsetting on this scale is expected to transform vast areas of land into tree plantations in the Global South , which will threaten food production and natural forests. This is particularly harmful for farming and indigenous communities who have done little to cause the climate crisis but who are already experiencing severe climate change impacts.

The climate crisis affects human rights, and some fossil fuel companies are accused of crimes against communities

The climate crisis is affecting human rights , namely people's rights to life, food, adequate housing and water, sanitation and health. As the climate emergency worsens, we can expect increasing deaths, hunger, and displacement, and we know that companies burning fossil fuels are making this crisis worse. Some fossil fuel companies are also under scrutiny for their alleged involvement in human rights violations. Amnesty International has called on governments to investigate Shell for three ongoing legal cases , which question Shell's complicity in unlawful arrest, detention and execution, or seek compensation for oil spills and for systemic, ongoing oil pollution. Shell denies all claims. Total Energies have been accused of effectively displacing communities and financing military dictatorships which Total Energies have disputed. With these disturbing allegations, and the evidence that the climate crisis is affecting human rights, is it safe to give companies responsible for the climate emergency and human rights crises a public platform?

It is the official petition tool that the European Commission provides to European citizens to propose new EU laws if they can generate enough support.

The European Citizens’ Initiative is a special type of petition that the European Commission makes a commitment to consider. With a normal petition, even if many people sign, politicians or governments can sometimes just ignore them.

With a European Citizens’ Initiative, the European Commission is legally required to respond if over a million people support the ECI in less than a year and their signatures are verified. It’s a very powerful tool to put something on the EU political agenda!

There are no rules about who can sign a regular petition, but for a signature to be considered valid for an ECI the person signing must be a citizen of an EU country, and old enough to vote in that country. A European Citizens’ Initiative must ask people signing for specific information to validate the signatures.

When submitting the ECI form you will give consent for your personal data to be used for the purposes of this European Citizens Initiative only. It will not be used for any other purpose.

This data is encrypted and securely stored on a server that has been certified by the German authorities. Only one person - the official representative of the group of organisers of the ECI - has the key.

The data will be retained in encrypted form for the duration of the ECI, and we will not be able to see who signed it (other than aggregate numbers). It will be decrypted and shared with the relevant EU member state authorities to be counted at the end of the campaign.

The organisers will store your data for a maximum period of one month after the submission of the initiative to the European Commission, or 21 months after the beginning of the collection period, whichever is earlier. The only case in which it would be stored longer is in the case of administrative or legal proceedings (for example, if the validity of signatures is disputed). In this case it would be deleted within a month after the conclusion of those proceedings.

We use Google Analytics to compile statistics on how our website is being used, which can help us to improve our website and online services.

You can refuse the use of Analytics by downloading and installing Google Analytics Opt-out Browser Add-on. And you can ask Google to provide an extract of your data related to this website here.

You have the right to request access to, rectification of, erasure and restriction of processing of your personal data collected through the ECI form. If you want to do so, or if you still have questions about the use of your personal data, you can contact the data controller as follows:

If you wish to raise a complaint about how we handle or respond to your requests you may lodge a complaint with a data protection authority, in particular in the Member State of your habitual residence, place of work or place of the alleged infringement.

We need to get support from 1 million people during a period of 12 months, while also reaching a minimum number of signatories in at least 7 EU countries. Minimum numbers in each EU member state for that European Citizens’ Initiatives must reach are available here.

In order to be successful, we need to collect 1 million signatures. Sign and share! Invite your family and friends to sign this ECI by sharing this page on your social media channels and using the hashtag #BanFossilAds.

If we gather 1 million verified signatures within a 12-month timeframe, the European Commission is obliged to discuss the new law that we are presenting to ban fossil fuels ads and sponsorship in Europe.